The revitalized NCAPP board, comprised of Janet Heuring, Carol Williams, Tara Luellen, Laura Quinn, Les Brinson, Ken Pearson, Liandra Wheeler, and consultants, Flora Dunbar, Dana Truman-Schram, and Bob Hill, along with a host of dedicated supporters, have been working together beginning in 2015 toward improving the equitable practice of LPAs and to provide more mental health service options to the public

In 1994, Licensed Psychological Associates (LPAs) across the state of North Carolina became concerned about their continued ability to maintain employment and provide services. Insurance companies had begun paying only independent practitioners for services rendered, and the rising expense for employers to pay for the supervision of LPAs was an increasingly pressing problem. Consequently, twenty or so LPAs met during the North Carolina Psychological Association’s annual convention to discuss their concerns. After much lively interaction it was decided that the LPAs were losing ground vis-a-vis other master-degreed providers—social workers, LPCs, etc.—and the ability to achieve independent practice was apparent. Subsequently, LPAs decided to form new organization to address these concerns.

A month later fifteen or so LPAs gathered to form strategy. It was eventually agreed that a state-wide convention was necessary to address the issue and allow everyone to express their opinions. This was arranged, and sixty or so participants from all over the state attended. It was decided that the LPAs should form an organization,  temporarily called the LPA Advocates. Officers were nominated and voted upon. Henry Tonn was voted president, Tom Haifley, vice president, Nancy Webb, secretary, and Katherine Ridley (now Smith) treasurer. LPAs from various localities agreed to assume support positions and the first board meeting was arranged in Greensboro, because of its central location.

Shortly thereafter, twelve to twenty people met in Greensboro every month, during which time a constitution was created with the necessary bylaws. After much debate and numerous suggestions, it was decided to re-name the organization the North Carolina Association of Professional Psychologists, which won out by one vote over “the North Carolina Society of Psychologists.” Money was raised through generous contributions, Al Adams, a prominent lobbyist, was hired, and a bill for independence was drafted with considerable effort by Flora Dunbar, legislative representative. A legislative sponsor was found and the bill was introduced the following year.

Despite the dedicated efforts of many LPAs who canvassed the legislature in 1995, and contacted their personal legislators back home, the bill never reached the floor of the House to be voted upon. The bill was argued before a subcommittee and a full committee, passing on both occasions, however, it died in the Finance Committee without a vote. Two years later NCAPP launched another bill in the legislature, with the same results.

In the early 2000’s NCPA launched a Task Force to examine the question of independence for LPAs. Nine LP’s and nine LPAs across the state met regularly in Raleigh to discuss the issue and it was determined that the LPAs should be provided the opportunity to achieve independent practice in the state of North Carolina. Work began on a new bill, however, despite valiant efforts, the bill lacked sufficient support from all stakeholders to move forward to the legislature.

Over the years NCAPP continued as a group dedicated to the professional practice of psychology, with periodic attempts to develop a new direction. That new direction was reinvigorated in 2015, when a new approach began development, culminating in the current petition. NCAPP, which has existed now for twenty-five years, is continuing the work of advocating for, and assisting Licensed Psychological Associates to practice and compete fairly in the mental health field.

Thank you for your support.

We are working to make psychological services more readily available to the public, less expensive, more readily covered by insurance and governmental programs, and reduce operational costs to LPAs.

My family psychology practice is committed to delivering outstanding customer service and clinical care. I have been serving children, adolescents, adults, couples, and families with mental health and relationship issues for over ten years. I am experienced in treating an array of issues including anxiety, panic attacks, PTSD, depression, anger, insomnia, ADD/ADHD, chronic pain, substance use issues/addiction and more. I also enjoy working with children, teens, parents, and couples to improve their relationships.

Working as a psychologist, I am clinically trained to evaluate skills, strengths, preferences, and functioning, to administer tests and assessments, and to help people learn to effectively work through issues. I have worked with children and adolescents, to change and improve behavior, children and adults with developmental disabilities, and in my present position, I work primarily with children who have developmental disabilities / autism. Additionally, I have Board Certification in Behavior Analysis - doctoral, and I have attained a doctoral degree in Applied Behavioral Analysis. 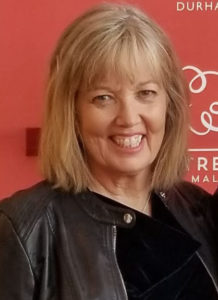 I have been practicing psychology as an LPA in North Carolina since 1982 (apart from a 2 year period when my husband and I lived in Atlanta), primarily in the field of developmental disabilities.  I started and will likely end my career working in state developmental centers as a staff psychologist. In the many years between those bookends, I worked as a behavioral consultant and contracted evaluator in schools across the state for students with intellectual disabilities, autism, behavioral and emotional disabilities, and learning disabilities. I worked in child protective services as a consultant/ evaluator/ teacher/ trainer for parents with cognitive limitations and their families.

After starting our own consulting business, my husband and I have contracted with MCO's to provide behavioral consultation for individuals with developmental disabilities in a variety of settings including family homes and group homes. I am guardian for my sister with intellectual disabilities and have been guardian for another individual with severe and persistent mental illness, who, among others, have inspired the passion I feel for the work I have done and continue to do.

I so admire the previous work the NCAPP leadership has done to advance the interests of LPA's in North Carolina. Their dedication has been amazing. I believe that they and NCAPP are deserving of all North Carolina LPA's unqualified support. 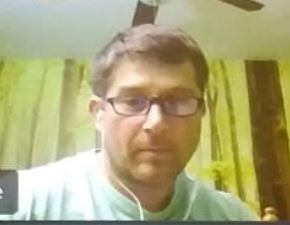 I graduated from UNCW with a Masters in Clinical Psychology with a concentration in Substance Abuse.  I have been  Licensed by NCPB since 1999 as an LPA with an HSP-PA certification.  My background includes Adult and Adolescent Corrections,  Child and Family Community Mental Health, Private Practice and Managed Care.  Personally, some of my most rewarding work has included working with military families and more particularly military dependents/children/adolescents coping with loss and separation.  I am a proud husband, father and step-father. 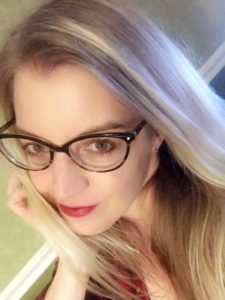 I completed my B.A. in Psychology at The University of Akron, Ohio in 1995 and M.A. in Clinical/Community Psychology at UNC-Charlotte in 1997.  I have been a Licensed Psychological Associate in N.C. since that time.   My early career was spent as a staff psychologist in rural community mental health centers with a specialization in treating children with behavior disorders, trauma history, and sexually aggressive youth.  Over the years, I have worked in various clinical settings conducting individual therapy, family therapy, group therapy, and psychological assessments.  As part of a behavioral medicine unit, I worked on site at a pediatrician's office for over 5 years as part of the medical home model of integrated care.  Developmental testing and psychological testing have been my primary focus since starting my own private practice in Kernersville in 2013.  Currently, I work primarily with college students seeking academic accommodations at Wake Forest University.  I am an enthusiastic advocate of NCAPP and the quest to end career long supervision. 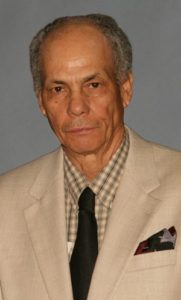 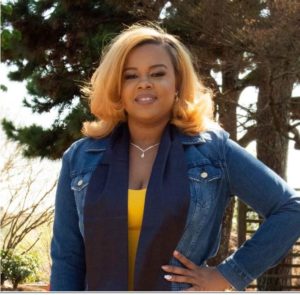 Liandra Wheeler, MA is currently working towards becoming a Licensed Psychological Associate as well as a Health Service Provider-Psychological Associate in the state of North Carolina. She recently obtained her Masters in Clinical Psychology from North Carolina Central University and received her Bachelors in Psychology from The University of North Carolina at Greensboro with a minor in African American studies and Classical studies. While attending graduate school she was inducted into Psi Chi international honor society in psychology. Prior to completing her masters she founded her non profit, Mental Illness Anonymous (M.I.A) with a goal of promoting a positive shift in physical, emotional, and mental health among individuals with mental illness. Weakening the stigma against mental illness in the community, Creating a sense of hope and support that will give people the courage to accept help with their illness and potentially break the cycle. She has worked in the mental health field since 2014 and has experience working with children, adolescents, and adults with diverse backgrounds and a range of concerns. Her education and professional background in both the mind and the body gives her a unique and effective approach to counseling. She will work to provide clients with tailored treatment plans that can be integrated into their daily lives. 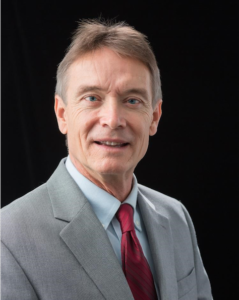 Bob Hill, Ph.D. has been a faculty member in the Department of Psychology at Appalachian State University since 1992. He has been actively involved in training LPA’s since then, teaching psychotherapy, ethics and assessment. He was program Director of the Master’s Clinical Psychology Graduate program at ASU for 8 years. He has a private practice and has provided professional presentations on ethics regionally and nationally. He is well acquainted with the caliber and training provided to LPA’s in NC, and has supervised a number of LPA’s over the past several decades. He has long believed that LPA’s should have a pathway to practice independently in NC. Bob Hill served on the NC Psychology Board from 2011-2020, where he supported the NCAPP petition for a rules change to accommodate independent practice. Dr. Hill plans to continue to support NCAPP’s efforts to achieve independent practice and parity with other master’s level mental health professionals who practice independently in NC. 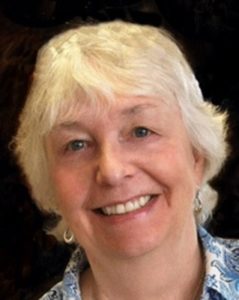